What is a Concussion & How Long Will it Take Me to Recover? 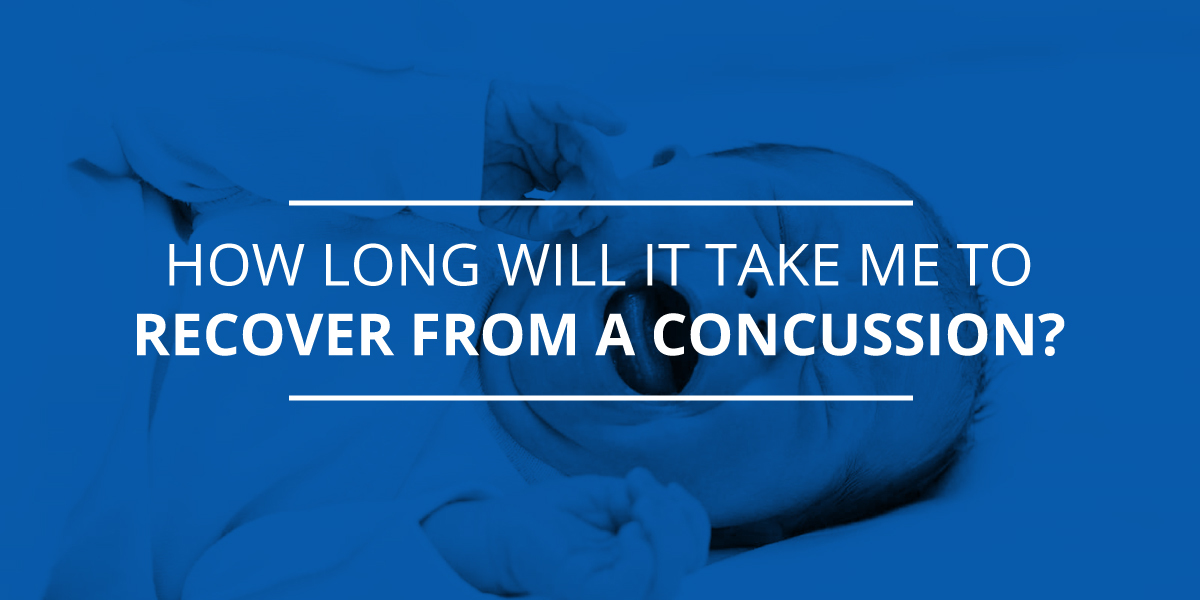 A concussion is a form of mild traumatic brain injury caused by sudden shaking of the brain inside the head. The brain sits inside the skull surrounded by cerebrospinal fluid. With a sudden hit to the head or other part of the body, the head can move quickly in one direction.

However, the brain stays where it is, “floating” in the fluid so to speak, until it is struck by the inside of the skull which bats the brain toward the opposite wall of the skull. The brain can bounce back and forth between the opposite sides of the skull several times before everything calms down.  All of that commotion can cause bruising, bleeding and nerve damage.

Symptoms of a Concussion

Long Term Impacts of a Concussions

While concussions are the least serious form of mild traumatic brain injury, they must not be taken lightly. Thanks to the media, the word concussion has become a fixture in the sporting world since the widely reported deaths of some high profile former NFL players who had suffered from multiple concussions in their playing days.

In 2002, former Steelers center Mike Webster committed suicide followed by Terry Long in 2005 and  Andre Waters in 2006. Later, Dave Duerson, Ray Easterling, Junior Seau, Jovan Belcher and Kevin Turner died suffering from complications associated with chronic traumatic encephalopathy (CTE), a neurodegenerative disease associated with head trauma and concussions. Unfortunately, a definitive test for CTE in living patients is not available and a definitive finding can only be made after death.

Concussions are very common outside of contact sports and can occur anytime a person receives a blow or severe jolt to the head or where the head is moved violently as might happen in a car or bicycle accident, a physical assault or a workplace mishap.

How Long Will Your Concussion Last?

Most concussions will alter the physiology of the brain for a few hours. For some however, symptoms can linger for weeks, months and even years as a result of interference with normal brain functions.

Although most people who suffer concussions will recover fully, no two concussions are alike. There are many factors that will affect how fast you can recover from a concussion which include:

Seeing your Doctor After a Concussion

If the signs of the concussion do not subside within 2 days, ensure that you see a doctor. Some signs such as worsening headaches, fatigue, continued vomiting, bleeding or unequal pupil size can be a sign of serious brain injury. While they may subside eventually over the course of weeks or months they signal permanent injury and you see your doctor right away if you have any of them.

Concussions may pose serious risks to you and their effects can be long term. This can affect your normal personal and professional life, especially when they lead to emotional distress, permanent brain damage or progressive neurodegenerative disease. If you or a loved one has suffered a concussion after an accident or any traumatic event where someone else may be to blame, make sure you see a lawyer.

At McKiggan Hebert we have many years of experience handling personal injury claims. If you are experiencing anxiety, depression, a lack of motivation following a recent injury, you may be suffering from a concussion. Call (888) 510-3577 or fill out our online contact form to get your case reviewed by our lawyers.